New Yorkers were treated to a gratuitous display of progressive back patting at Barnard College on Monday. Flanked by failed presidential candidate Hillary Clinton, Governor Andrew Cuomo trotted out his personal collection of far-left acolytes to worship at the altar of his “reproductive health” agenda.

This was a curious sight to see given that a hypothetical Roe v. Wade overturn would supersede any state rulings on abortion, but Cuomo and his progressive fanboys appear content to ignore this fact. Cuomo’s mandated pledge of abortion fealty was really meant to further binge his downstate choir on another piece of emotional red meat. It was not designed to facilitate a sober discussion on how to preserve abortion access, given the judicial reality of the issue. But that’s Cuomo’s preferred style – All show and emotion. Zero substance and logic. Just like his progressive base.

For New Yorkers still operating on the basis of reason, one useful item emerged from Monday’s state-sponsored display of pro-abortion self-adulation. It was yet another instance of Cuomo’s clear hypocrisy on and poor understanding of all things constitutional.

Perhaps Cuomo has already forgotten, but he committed precisely the same sin of moral imposition in 2013 for which he derides conservatives today. When Cuomo forced the onerous SAFE Act through the state legislature in the dead of night years ago, he imposed the extreme progressive agenda of New York City on the entire state. You can literally take the foundational grievance of Cuomo’s above decree from Monday, and use it directly against him regarding the SAFE Act:

In staunchly rejecting conservative moral imposition on abortion, but rabidly supporting progressive moral imposition on Second Amendment civil rights, Cuomo’s hypocrisy is worse than it appears. He is nakedly prioritizing a perceived right that appears nowhere in the U.S. Constitution (abortion access), over an enumerated right that is clearly stated in the black ink of the Constitution (individual gun ownership).

This emotion-based cognitive dissonance, through which the incoherent feelings of the progressive mob overrule logic, is Cuomo’s enduring gift to New York State. Much to the horror of those who value individual liberty, it is also the compass guiding all levers of state government in 2019. The only silver lining to this predicament may be, once Cuomo’s progressive farce evaporates, there will be nowhere for the state to go, but up. 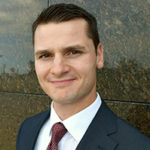